Ritu Phogat returns to the cage at ONE 161. The Indian atomweight’s training camp is underway at Evolve MMA and she showed an insane strength and conditioning drill.

In the video which was shared on the official ONE Championship account Phogat can be seen picking up her training partner, who looks to be a bit heavier than her, and repeatedly spinning him around. The 28 year old will be hoping to do the same thing to Tiffany Teo on September 29th:

Phogat is looking to rebound after suffering just the second loss of her MMA career. She was submitted by Stamp Fairtex in the second round at ONE: ‘Winter Warriors’.

Having reached the final of the atomweight Grand Prix only to lose to Stamp she can be happy with the way her career is progressing. But she is going up against an opponent who is four inches taller and has challenged for the ONE Championship strawweight strap twice.

Phogat might be based long term in Singapore but she won’t have the fans behind her on this occasion. Teo is Singaporean born and bred so that will be a a new experience for the Indian who is used to getting good support in her adopted home.

Phogat fought five times last year. Since signing for ONE Championship she has been extremely active and competed nearly nine times in her first two years with the promotion.

But the Indian has been out of action for nearly a year. She has not fought since that loss to Stamp and it will be interesting to see whether she is suffering from a bit of ring rust after such a prolonged break.

Teo is a veteran of nine ONE Championship fights and has never lost to anyone except Xiong Jing Nan, who currently holds the strawweight title. The Singaporean will be one of the tallest fighters in the atomweight division and has been calling for a fight with Phogat.

Having dropped out of the atomweight rankings after her loss to Stamp the Indian will be looking to get her career back on track with a win this month. Phogat certainly seems to be training hard and will be looking to pick Teo up and toss her around just like her training partner! 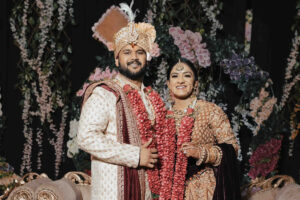