Rodlek PKSaenchaigym is a former Channel 7 super featherweight champion. On Friday at ONE: ‘Collision Course’ he challenges Nong-O Gaiyanghadao  for the bantamweight Muay Thai title.

His opponent is a bigger name from the Thailand scene. Nong-O is one of the best fighters of the century and Rodlek is aware that he is outranked by his opponent,

“People may think I cannot beat him, but if I could win against Nong-O, it will change my life. This would be the biggest honor of my life, and it would bring a bigger reputation to my gym. It matters for us.” 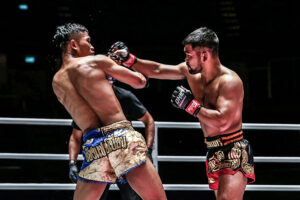 Before becoming the ONE bantamweight champion Nong-O held multiple titles at Lumpinee and Rajadamnern. Rodlek knows he is the underdog and feels he has nothing to lose,

“I am glad to face him because everyone thinks I am inferior to him in terms of experience and skill. If I lose, I lose nothing. But if I win, I can make a giant leap for my career,” the 30-year-old challenger says.

Rodlek was fortunate that an injury to Saemapetch Fairtex gave him an opportunity to re-enter the bantamweight Muay Thai tournament after losing a split decision. He seized the opportunity with both hands after being eliminated,

“When I lost in the first round I felt hopeless, like I may need to start again. But luckily, I got the chance to fight Kulabdam,” he said. 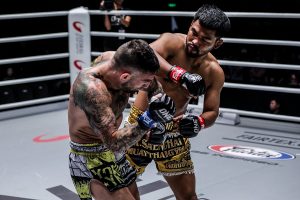 The rest is history as Rodlek scored a surprise win over Kulabdam SorJorPiekUThai in the final of the bantamweight Grand Prix at ONE: ‘A New Breed’. His reward is a shot at the title and he is proud of his performance that night,

“Kulabdam had just beaten Sangmanee, he was very powerful, and I was afraid that I would lose, but I thought if I closed down his punches on the left side, I could win When I was in the ring, I closed down his left punches, and everything was in my control.”

He had no qualms about sharing details of his game plan for the fight with Nong-O. Rodlek intends to put pressure on the champion and be the aggressor,

“I have to move forward on him because if I don’t, he will do it instead, but he has a lot of tactics and a lot of experience. I will need to step forward as usual, but more carefully because he is very fast. If I miss, there will be a high chance I will lose. 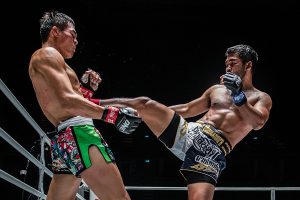 A little luck was required for Rodlek to reach the final. He knows it only too well and is determined to make the most of his opportunity,

“This could be my only chance in my career. If I lose, I have to start again. If I can defeat him, I will be the champion, so I must do my best, try harder, and practice harder than ever. Anything can be achieved with my effort.”

Rodlek also hinted that he had a surprise in store for Nong-O. Both men are seasoned veterans who have fought hundreds of times but the challenger hinted he had a trick or two up his sleeve,

“I want to say to Nong-O that I will not be easy, and I may have something special for you on that day. Be careful and get ready.”