Seo Hee Ham has signed with ONE Championship, per Nobuyuki Sakakibara

Seo Hee Ham has signed with ONE Championship according to Nobuyuki Sakakibara. The Korean fighter vacated her Rizin super atomweight (108lbs) title earlier this week after failing to reach terms with his promotion.

The Rizin president was quoted by Efight in Japan as saying Ham had put pen to paper on a ONE Championship contract and would participate in the upcoming atomweight (105lbs) tournament. A representative of the promotion refused to confirm or deny Sakakibara’s claim.

According to Sakakibara she never had a contract with Rizin. Ham became a free agent after her Road FC deal expired and she elected to sign with ONE Championship.

Reigning ONE Championship atomweight champion Angela Lee recently announced her pregnancy. A tournament will take place with the winner earning a shot at the only fighter to ever hold the belt.

The lineup has yet to be announced but the likes of Denice Zamboanga, Meng Bo, Lin Heqin, Mei Yamaguchi and Stamp Fairtex could all be involved. Although she is a promotional newcomer Ham’s status as a Road FC and Rizin champion would probably make her the favourite.

According to Chatri Sityodtong the atomweight Grand Prix will get underway in January. Since the start of the pandemic ONE Championship has put on events in Shanghai, Bangkok and Singapore.

Next up is ONE: ‘Inside the Matrix’ which is set for the Singapore Indoor Stadium on October 30th. Ham’s debut looks likely to have to wait until early 2021. 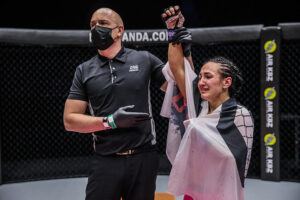 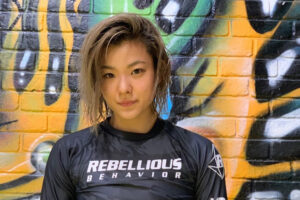