Among the latest spate of Rizin signings is Tetsuya Seki. The reigning Zst featherweight champion makes his promotional debut in Yokohama on Sunday.

With Japan’s borders closed, local fighters are in demand. It is a big opportunity for Seki who has won seven and drawn one of his last eight fights, an undefeated streak stretching all the way back to 2016.

The 26 year old admits that pressure could be a factor heading into the biggest fight of his life,

“I do feel nervous. But I think this kind of nervousness is necessary before the fight.”

He had been set to face Yojiro Uchimura. But an injury in training ruled Seki’s original opponent out of Rizin 22 so Koya Kanda stepped up to replace him at relatively late notice. Seki says that aside from a couple of small tweaks the change of opponent hasn’t affected his preparations,

“I had to change my game plan a bit but nothing changes in terms of what I want to do in the ring. So the opponent change has not had a big effect on me.”

Zst has a unique set of rules. Head shots to a grounded opponent are not permitted and in the event of a fight going the distance it is automatically ruled a draw.

“I think the promotion has more fighters that aggressively look for KO or submission wins.” 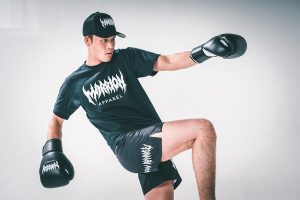 Although Seki has spent the vast majority of his career competing for Zst he has also fought several times in China. The 26 year old believes Musu Nuertiebieke, who stopped him on a WLF card in 2016, is the toughest opponent he has faced so far,

“The fighter from Republic of Kazakhstan (Nuertiebieke is from the region of China that borders Kazakhstan) who I fought in WLF is the best opponent I have faced,” he said.

To prepare for this fight he has been training alongside another fighter set to appear on the back to back Rizin cards,

“I have trained with the team I have been with, Sonic Squad, and sharpened my techniques. In this fight camp Naoki Inoue trained with me so I was able to learn new techniques too.”

Seki’s recent form is impressive although he hasn’t been tested against many top tier opponents. That looks set to change now he is a part of the Rizin roster.

Rizin has held title fights or tournaments at lightweight and bantamweight and has an impressive roster of fighters in both divisions. But the promotion has only put on a handful of featherweight fights.

It means Seki has the opportunity to establish himself as an immediate contender in a division that has largely been overlooked. But the 26 year old says he is just focused on Sunday’s fight,

“I actually never really set-up a goal, I’ve just been concentrating on each fight. I’d like to keep it this way, clear each fight in front of me, and just keep on going for as long as I can.” 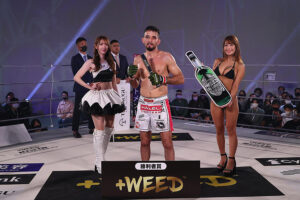