It looks like we might never a get a glimpse at the real Iranian Hulk. He has pulled out of his boxing match with Martyn Ford which was scheduled for the 02 Arena in London on April 30th.

Ford, who appears to have trained seriously for this fight, stated that,

“Naturally, I’m hugely disappointed my fight against Iranian Hulk will no longer be going ahead, particularly given the fact I have dedicated so much time to my training program and doing everything to ensure I was in the best possible shape to headline the event.”

The Iranian Hulk has carefully cultivated an online persona that has seen him gain 1.1 million Instagram followers. But the rumours that his impressive physique owes more to Photoshop than hours spent in the gym are only likely to intensify after he pulled out of this fight. 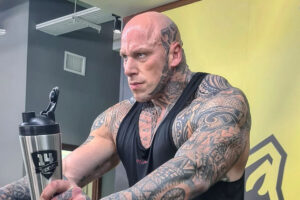 Sajad Gharib, better known as The Iranian Hulk, does not appear to have got as far as putting together an actual training camp. He was widely mocked for being much, much smaller in person than he looks on Instagram after appearing at a press conference in Dubai to promote the fight.

He did not sound particularly upbeat during a recent appearance on Iranian TV telling the audience that,

“I can’t talk to my father and my mother. When I spoke to her, she said ‘the person in this video that I saw was not my son, my son is way stronger than this’. I personally feel very bad and I cannot sleep but I am now taking sleeping pills. When a mum says that to her child, how can it be tolerated? There is a lot of pressure, if I got paid even one dollar to do that I can’t continue.” 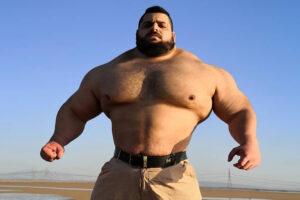 It definitely didn’t sound like ideal preparation for a fight with an opponent known as ‘The World’s Scariest Man’. The Iranian Hulk has certainly been quiet on social media in recent weeks, his Instagram hasn’t been updated since March 22nd.

The Iranian Hulk still has an enormous Instagram following and doesn’t seem to mind engaging in online feuds. But he appears to have drawn the line at participating in an actual fight.

It is obviously a bit disappointing. But accepting a boxing match with ‘The World’s Scariest Man’ is probably not something that a social media influencer should be doing! 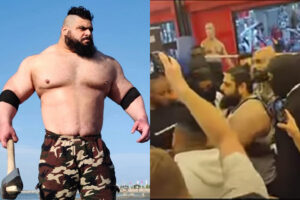