Brad Riddell signed with the UFC last year and has won two fights out of two in the octagon. The New Zealander has spent a lot of time training at Tiger Muay Thai in Phuket and also competed on the ONE Super Series and he reveals Buakaw Por Pramuk is a major career influence. 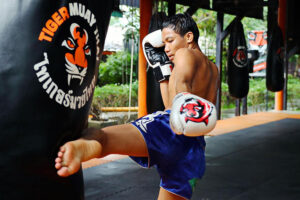