Ali Motamed featured on the inaugural ONE Warrior Series event in 2018. He has fought five times for the Rich Franklin fronted reality show but will finally make his debut on the big stage this Friday.

The Iranian is scheduled to face Rui Chen at ONE: ‘Big Bang’ Part II. He normally trains for fights at Tiger Muay Thai but Motamed says this time around he has had a solid camp in his native Iran,

“I trained wrestling with the best wrestlers, I did kickboxing with the national team and world champions, I picked all the best in Iran.”

Motamed feels that training in Iran was just as good as his standard camp in Phuket,

“Everything is good. I feel like I’ve trained at Tiger. I didn’t feel like anything was missing. I feel perfect.” Motamed is facing a Chinese opponent who has won two fights out of three for ONE Championship. Motamed is expecting a stand up battle,

“We both like to keep the fight on the feet. I like to kick and be a stand-up guy, and he likes to punch. It’s going to be back and forth. He’s not the guy to take a step back. He moves forward and so do I.”

Motamed has reviewed his opponent’s fight footage and thinks he will be ‘one step ahead’ of Rui,

“I’ve watched all his fights, and I know how he throws them and when he throws them. I’m one step ahead of him. I know everything about him and I have more tools than him.” 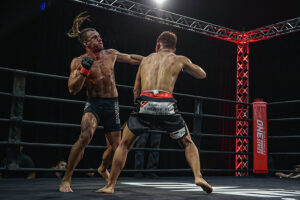 Having familiarized himself with his opponent’s style Motamed sees a clear path to victory,

“His wrestling defense is not good at all. He might have worked on it for the last year, I hope he worked on it, but I’ve worked on my wrestling a lot in Iran. I take people down all day, every day. He’d better be ready because I’m coming to take him down.”

He does have respect for his opponent’s punching power but Motamed is confident he will be able to nullify it with his own diverse skill set, ONE Championship recently bolstered the roster with a spate of signings from Iran. Most of them, like Amir Aliakbari, have been in the higher weight classes but Motamed is conscious he is flying the flag for his homeland,

“We’re coming. I want to show the world we have the potential to be the best, to beat the best. This is the perfect moment to raise the flag for my country, for my people.”

The Iranian believes there will be some stand up exchanges. But he is confident that one takedown will be all it takes to finish the fight,

“We’re going to keep punching and kicking each other until I take him down and finish him.” 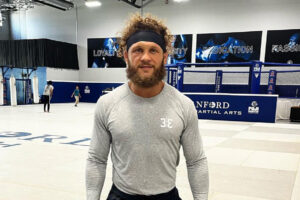