The full fight card for Saturday’s ONE Hero Series 13 event is out. In total there will be six fights on the card, the promotion’s first since lockdown began.

In the lightweight division Qi Wang (5-5) makes his promotional debut. He has been matched with Hu Si Le (6-7) who is coming off a decision win at OHS 9.

Flyweight Zou Jin Bo (4-6) tasted defeat at OHS 9 and OHS 12 . He will be looking to bounce back with a win against Wang Zhen (2-5) who has won two fights out of four for ONE Hero Series.

As previously announced ONE Hero Series 13 will be headlined by a strawweight rematch between Ze Lang Zha Xi and Liang Hui. Both men have fought several times on the promotion’s bespoke Chinese series.

In the past all ONE Hero Series events have been broadcast on YouTube. Audiences all over the world have been able to watch the entire live event, and the full replay on the free video streaming platform.

But ONE Hero Series 13 will be a ‘China broadcast only’. It remains to be seen whether anyone outside of China will be able to watch the event. 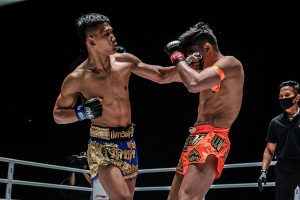