Khabib Nurmagomedov was in Abu Dhabi last weekend for UAE Warriors 14. The recently retired UFC lightweight champion seems to have some ambitious plans for the country.

In an interview with The National he revealed that he hoped to open a gym in Abu Dhabi,

“I’m working on many projects and Abu Dhabi is one of the main partners. We already have agreed on the competition date and the plan is to launch the first Khabib Gym in Abu Dhabi before it’s introduced to the rest of the world,” he told the newspaper.

Nurmagomedov ended his career with a fight in Abu Dhabi. He submitted Justin Gaethje in the second round at UFC 254 and announced his retirement immediately afterwards.

He also fought in Abu Dhabi at UFC 242, submitting Dustin Poirier in the third round and Nurmagomedov feels a strong connection to the country,

“This region and the Middle East has huge potential. I know that because I have been travelling around this region and around the world,” he told The National.

The 32 year old recently acquired a promotion in his native Russia which he intends to rebrand as Eagle Fighting Championship.

Nurmagedov told the newspaper that he plans to stay busy despite having called quits on his fighting career,

“If I finish fighting, it doesn’t mean that I have finished everything. It’s going to be a very busy period for me. I don’t want to lose focus and my team to lose focus on the projects we are planning. I want to spend a lot of time in my business projects.”

He has been linked with a bid to get MMA accepted into the Olympics. But Nurmagedov admits that the sport has a long way to go if it wants to receive the same sort of recognition as football,

“I’m a big football fan and follow many different leagues as possible. In my opinion football is at a different level than other sports. MMA promotion is going to be upset with me for making this comment but it is true.” 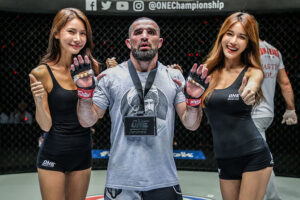 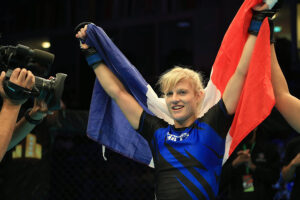