Two more South Korean fighters have been added to the UFC Busan card. Choi Doo-Ho and Kim Ji-Yeon will both be in action on December 21st.

Doo-Ho (14-3) is coming off back to back losses but has picked up performance bonuses in his last four fights. The Busan based featherweight will be looking to get back to winning ways when he takes on Charles Jourdain (9-2).

Ji-Yeon (9-2-2) is fresh from her victory at UFC 243 earlier this month. The flyweight has been handed a quick turnaround and will face Colombian Sabina Mazo (7-1) in Busan.

As previously announced the event will be headlined by a featherweight fight between Jung Chan Sung and Brian Ortega. Further local interest will be provided by the presence of Korean fighters Jung Da Un and Park Jun Yong.

There are currently two Asian cards remaining on the promotion’s 2019 calendar. UFC Fight Night Singapore is set for October 25th and will be headlined by a welterweight fight between Demian Maia and Ben Askren.

In recent weeks we have also witnessed UFC Shenzhen as well as UFC 242 which took place in Abu Dhabi. 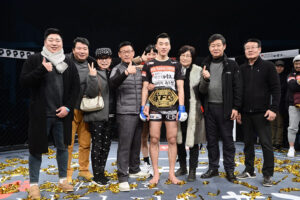