Local fighters shine at ONE: ‘A New Breed’ Part II

ONE: ‘A New Breed’ Part II took place in Bangkok tonight with three MMA, two Muay Thai and one kickboxing bouts. It was a good night for the Thai fighters with four of the five bouts they were involved in going their way.

Witchayakorn Niamthanom ensured the night started strongly for the Thai contingent as he pulled off a convincing first round submission win over Morocco’s Khalid Friggini. ‘Superbenz’ came into the bout with a 2-1 record while Friggini was making his pro debut.

The Thai looked confident as the pair exchanged strikes on the feet in the opening stages and soon secured the takedown. Having been moved back from the ropes by the referee, Superbenz worked swiftly from side control, taking Friggini’s back and sinking in a deep rear-naked choke to advance his record to 3-1. The only blemish from a Thai perspective came from Prach Buapa who was submitted in the first round by Australia’s Brogan Stewart-Ng. Buapa landed a solid flurry of punches early on but was outclassed once the fight went to the ground.

Having been tossed to the canvas by the BJJ purple belt, Buapa wilted under the top pressure of the Australian and was twice thrown back down with ease as he struggled to his feet.

As Stewart-Ng applied the knee-on-belly, Buapa made the cardinal error of turning away to give up his back. The Australian didn’t hesitate and locked in the choke to make an impressive start to his professional MMA career. 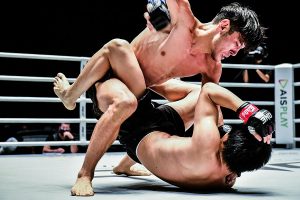 Alikanov, who trains at Tiger Muay Thai with the Hickman Brothers, showcased his dominant wrestling and secured the win with a leg lock to take his record to 3-0. Elsewhere, it was a successful night for Supergirl Fairtex who knocked out Argentina’s Milagros Lopes in under a minute of their catchweight Muay Thai clash.

Supergirl is the younger sister of fellow ONE star, Wondergirl Fairtex and at 16 years old is the youngest fighter on the roster. Making her ONE Super Series debut, the teenager uncorked a beautiful one-two combination with the right-hand landing flush on the South American’s chin. It was undoubtedly the best stoppage of the night, but the best fight of the night came in the main event. Pongsiri PKSaenchaigym secured a unanimous decision win over Ireland’s Sean Clancy in what was an absolute barnburner.

The Thai was making the drop down to bantamweight having lost to both Petchmorakot PKSaenchaigym and Sorgraw PetchyindeeAcademy. Clancy meanwhile was making his ONE debut and will certainly have won some new fans with a gritty, resilient display.

Pongsiri was a worthy winner having started strongly before going on to drop the Irishman with some stunning elbows in the second round. Both fighters landed huge volume throughout with Clancy getting some joy in the third with some strong uppercuts and sharp elbows.

Despite such great work on the inside later on, the Thai had done enough in the first two rounds to come out on top and seal the 154th win of his career. 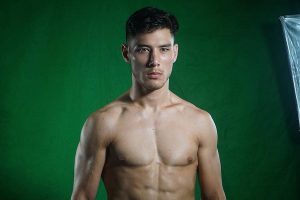 Brogan Stewart-Ng wants to show his artistic side at ONE: ‘A New Breed’ Part II 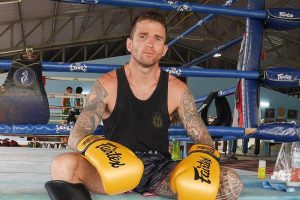