Loma Lookboonmee bulking up ahead of second UFC outing

Loma Lookboonmee made her UFC debut last October. The 24 year old also made history by becoming the first fighter from Thailand to compete inside the octagon.

Loma had to move up a weight class in order to do it. But the Thai made the most of the opportunity by scoring a split decision win over Aleksandra Albu at UFC Singapore.

She is a veteran of around 100 Muay Thai fights. But Loma says she was struggling with the weight of emotions as she prepared to fight at the Singapore Indoor Stadium, 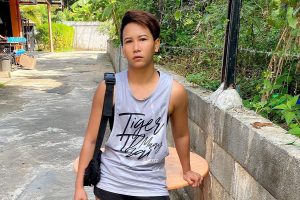 She passed this test with flying colors by beating Albu. The only surprise was that the fight ended in a split decision, but for Loma and her team at Tiger Muay Thai it was the result which mattered most.

Loma had a well deserved drink after the fight. But she has been concentrating on gaining muscle mass ahead of her second outing in the 115lbs division, against Angela Hill at UFC Auckland.

She took a two week break following the fight. But since returning to training in Phuket she has been on a strength and conditioning program that has helped her put on 4kgs of muscle,

“I changed a lot and gained a lot of weight. A lot of people tell me I walk like a man now,” Loma says with a smile. 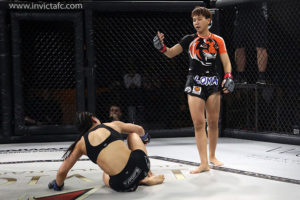 On top of the training, the diet is crucial in maintaining proper muscle growth. Most fighters are trying to drop weight in order to gain a competitive advantage.

But the UFC doesn’t currently have a 105lbs division. So Loma is unable to compete at her natural weight and needs to focus on filling out her frame in order to fight taller opponents,

“I need to eat. When I see my weight, I want to stop eating because I feel I am gaining too much. But my coaches say I have to eat so I can gain muscle.”

With the additional muscle should come an increase in power. It’s difficult to quantify the extent to which Loma has increased her ability to knock opponents out but her sparring partners have certainly felt the effect,

“I have more power (they say). I like to train with the guys because I can punch, no need to be careful.” 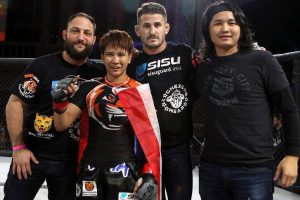 Loma was originally scheduled to face Hannah Goldy on February 23rd in Auckland. But when she suffered an injury UFC veteran Hill was on hand to fill the space.

Goldy has yet to win a UFC fight and is not exactly a big name. By contrast Hill has been on the roster since 2014 and is a veteran of 13 UFC fights and a former Invicta FC 115lbs champion.

Hill’s list of previous opponents includes Xiaonan Yan, Jéssica Andrade, Rose Namajunas, Tecia Torres and Carla Esparza. This is an opportunity for Loma to compare herself to some of the division’s elite.

That’s certainly how Tiger Muay Thai head coach George Hickman sees things. He acknowledges Loma will be an underdog but believes this is an opportunity to announce herself to the world by scoring what would be a major upset,

“We are very excited about facing Hill. As she is well known already, with a lot of experience and also a very tough challenge. I’m looking forward to seeing Loma shock the world.”