After three losses in succession a lot of fighters would go back to basics. Pongsiri Mitsatit isn’t one of them. The 24 year old will be looking to win in spectacular style at ONE: ‘No Surrender’ part II on Friday,

“I started preparing for this fight around a month ago with my coach George Hickman at Tiger Muay Thai. I tried hard to develop my ground game together with my striking to make both stronger, especially my knee strikes and flying knees,” he said.

Opponent Akihiro Fujisawa will have to keep an eye out for those flying knees. With both men having lost three fights in a row it looks set to be a make or break matchup in Bangkok. 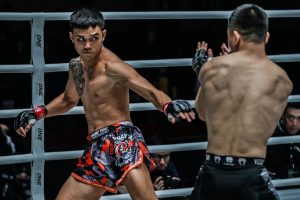 The Japanese veteran has made it clear that he wants to get the fight to the ground. But Mitsatit says he has been working on all elements of his game in Phuket,

“I concentrated on attacking and defending by training Brazilian Jiu-Jitsu, wrestling, and also Muay Thai,” he said.

Mitsatit has won four and lost five of his ONE Championship fights. It is not exactly the form of which title fights are made and he acknowledges the importance of this next bout,

“This win is really important to me because it will help me climb the ladder to a championship,” he said. 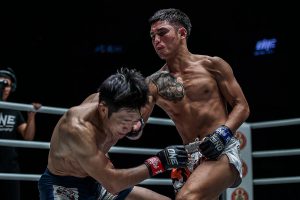 Mitsatit started training at Team Quest in Chiang Mai. In the latter stages of his career, as the matchups have become increasingly more difficult, he has prepared for fights at Tiger Muay Thai in Phuket.

Fujisawa is based in Bangkok but Mitsatit admits the Japanese fighter wasn’t on his radar before the fight contract landed in his inbox,

“At first, when I knew that I had to fight Fujisawa I didn’t know much about him. I heard his name but I didn’t follow his fights before. So, I tried to search for his previous fights and study him as much as possible,” he said. Mitsatit has been in with the likes of Lito Adiwang, Yoshitaka Naito, Hayato Suzuki and Joshua Pacio. His list of former opponents includes champions past and present as well as some top strawweight contenders.

The high calibre of opposition Mitsatit has faced might explain why he has picked up losses with increasing frequency. But the Chiang Mai native has also made considerable improvements and learned valuable lessons from his defeats.

Mitsatit feels this will give him a crucial advantage over Fujisawa on Friday,

“After I studied his fights I can see that he has a good ground game but not as good as some of the fighters I met before in ONE Championship. I think my striking is better than his and that is my strong point.” 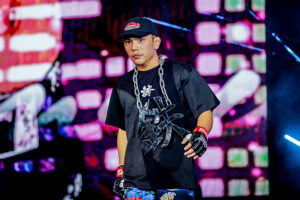