As Roberto de Souza prepares to face Tofiq Musaev at Rizin 28 he is taking inspiration from another Brazilian who scored a famous submission win in the same venue. In 2003 Antônio Rodrigo Nogueira finished Mirko Crocop with an armbar in front of 67,000 fans at the Tokyo Dome.

Covid-19 restrictions mean there won’t be anything like that many fans in attendance this Sunday. But de Souza feels he is playing a similar role to the one Nogueira played to perfection at Pride Final Conflict 2003,

“I feel like Nogueira, he took continuous punishment and got the submission in the last minute and everyone went crazy. He took one opportunity and capitalized on it.” 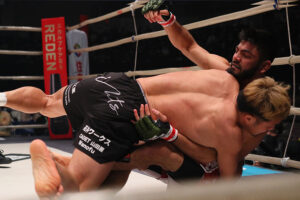 While Musaev might not be as fearsome a striker as Crocop the Azerbaijani is without doubt the best lightweight on the Rizin roster. He proved that by winning the promotion’s 155lbs Grand Prix in 2019.

De Souza feels that, like Nogueira did nearly a decade ago, he will need to weather an early storm before hopefully securing the submission win,

“He comes out very strong in the first round so I think the first round is the most dangerous round. Even if I get overwhelmed with punches my plan will remain the same. Big shots lead to submission opportunities for me. Give me one opening and I will capitalize.” 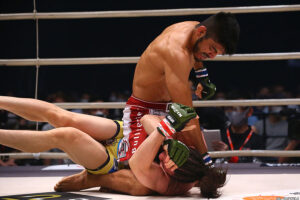 At Rizin 19 he suffered the sole defeat of his MMA career. De Souza was knocked out by Johnny Case early in the opening round, an opponent who would get stopped by Musaev in his next fight,

“I changed the way I face the sport after that loss. I’m well prepared to fight for the Rizin belt. I wasn’t two years ago,” de Souza says.

To win he title de Souza will have to snap Musaev’s seven year, 14 fight winning streak. The Brazilian is well aware of his opponent’s considerable strengths but feels there are still some question marks over his ground game,

“He comes out very strong in the first round so I think the first round is the most dangerous round. He’s got vicious striking and his takedown defence is strong but I don’t think his ground game has been tested yet.” 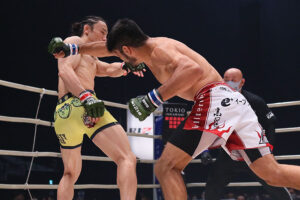 As a student of MMA history de Souza knows that Japan’s status on the world stage is not what it once was. He would like to show fans pining for the days when stars like Nogueira and Crocop fought for Pride that the promotion’s natural successor is just as strong,

“My success is not just for me. My biggest motivation is to show the world that Japans MMA is still strong. Everybody thinks that Japan is finished because Pride is gone. I want to show That Rizin brought back Japanese MMA. It’s not about the UFC its about Rizin.”