Last week it was announced that Sittichai Sitsongpeenong has signed with ONE Championship. The former Glory lightweight champion will not be short of potential opponents.

Sittichai has already beaten some of the fighters on the roster such as Superbon Banchamek, Enriko Kehl, Dzhabar Askerov and Sorgraw Petchyindee. But there is still a host of top talent for the former Thailand and Lumpinee champion to face.

Sittichai recently faced Marat Grigorian for the fifth time at Glory 65. He is understandably excited about the possibility of facing some new opponents,

“I am really happy to have signed with ONE, I want to test my self and my abilities against the very best and ONE is where they are now. I don’t just want to get in the ring and fight, I want to push myself every time.” 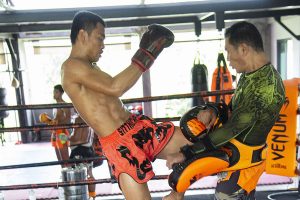 There are several Thai fighters on the roster at or around Sittichai’s weight. One of the biggest names on the Muay Thai scene this century has been Yodsanklai Fairtex and this is one matchup the 28 year old would be interested in,

“People have always wanted to see this fight, it hasn’t happened yet, but I would love to fight Yodsanklai. It would be a very tough fight as he is very dangerous, but I think he is a little older now and maybe not at the top of his game so I think I can definitely beat him.”

His old foe Superbon Banchamek also signed for ONE Championship recently. This is another intriguing matchup as Sittichai won by KO in the 2nd round in the semi-finals of the Kunlun Middlewight World Max 2015 tournament and then lost on points in the final of the 2016 tournament.

Sittichai confirmed that he would be interested in a rubber match with Superbon,

“I beat him by KO the first time, the second fight I wasn’t 100% as had an injury to my leg and couldn’t train 100%. Superbon is a very tough opponent, he has hard, explosive knees and strong punches, but I feel if I am in 100% shape, then I will be able to beat him.” 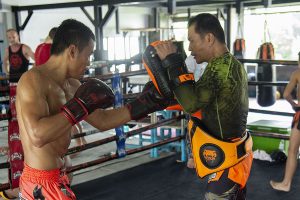 The dream fight for Sittichai is against Giorgio Petrosyan. The two times K-1 Max champion was recently crowned as the winner of the promotion’s featherweight kickboxing Grand Prix.

The two have never fought before but Sittichai would welcome the opportunity to test himself against one of the greatest kickboxers of all time,

“I am happy to fight anyone. This is a fight I would love, to see who is the very best. There was talk we may have fought back when I first fought on Glory but he soon left to fight on another promotion. He is a very good fighter but I think I can beat him.”

The promotion’s featherweight kickboxing title remains vacant. Given his status as a former Kunlun World Max tournament winner and Glory champion Sittichai could be in pole position for title shot against Petrosyan.

However the Thai would prefer to have a tune up bout before challenging the top fighters on the roster,

“I would like maybe a warm up fight or two first to get my sharpness back and then we can see who is the best.” 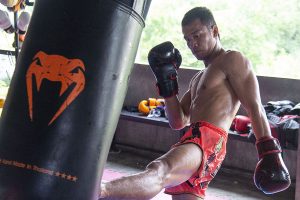 The coronavirus, or Covid-19, situation has made it hard for everyone and Sittichai spoke of his frustration at being sidelines. He last fought back in November in Macau and is itching to get back into the ring,

“I don’t like to have long gaps between fights, I am the kind of fighter that wants to stay busy and waiting too long makes it difficult for me because I can feel the ring rust and I would much rather fight consistently. I have been keeping fit, making sure I run and doing some strength and conditioning stuff and shadow boxing. I will probably need a month or two to get back in top shape as I will need pad work and clinching and sparring.”

“I am happy to fight Muay Thai again but think I would prefer to fight under the kickboxing ruleset more. I have worked so hard under that ruleset for some time now so I have probably become more used to it and right now that is where I think the bigger tests are. That’s what I want to do, to test myself.” 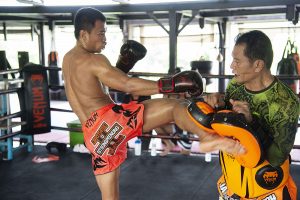 Stamp Fairtex is concurrently competing in kickboxing, Muay Thai and MMA and has picked up ONE Championship titles in two of the three. But Sittichai has no interest in switching codes,

“It’s not really something I am interested in. I am 28 now and still feel I have at least another four years to compete at the top but I have no basics in MMA outside of the stand up and think it is too late probably for me to try to learn the ground game and defences. I am happy to stick to fighting the best at Kickboxing and Muay Thai and with the fighters ONE has now, it is the perfect place for me to do that.”

Another former opponent, Davit Kiria, was also added to the roster recently. There are a lot of fights out there for Sittichai and having won tournaments and titles with Kunlun and Glory he will be looking to make his mark on the ONE Super Series.