Sources at ONE Championship confirmed that Seo Hee Ham‘s controversial decision win over Denice Zamboanga would not be overturned. Of the 14 members on the committee nine thought that the Korean deserved to win the fight while only five favoured the Filipina.

It was not all bad news for Zamboanga. She is set to face Julie Mezabarba in an alternate bout, and could still make the tournament final if another fighter withdraws.

One Championship very rarely reviews results but there is some precedent. In 2019 Giorgio Petrosyan‘s loss to Petchmorrakot Wor Sangprapai was subsequently ruled a no contest.

Evolve MMA fighters Saketdao Petpayathai and Christian Lee have both seen wins overturned. The former’s decision victory over Ma Jia Wen in 2018 was changed to a victory for his Chinese opponent while the latter’s 2018 win over Edward Kelly was ruled as a DQ loss due to an illegal suplex.

Thailand’s Kritsada Kongsrichai also had a win overturned when it was judged he had used an illegal suplex. He beat Robin Catalan in Bangkok only to see the result changed to a DQ victory for his opponent.

But Ham’s win over Zamboanga at Ham stands. What do you think? Do you agree with the nine members of the committee who decided the Korean won? 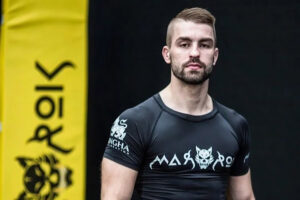