There have been some late additions to the Rizin 19 card. Three more fights have been announced for the event which is set for Osaka on October 12th.

In MMA action Shoma Sibisai (4-2) will face Chang Hee Kim (1-4-0-1) in an openweight fight. The Japanese fighter is a veteran of several Ganryujima bouts which don’t appear on his pro record while the Korean will be looking to secure just the second win of his career.

The other two matches added to the card are kickboxing bouts. Taiga is coming off a win at Rizin 17 and the K-1 champion has been matched with Taiju Shiratori, a bantamweight who trains with Tenshin Nasukawa.

The other kickboxing bout is in the welterweight division and pits Shintaro Matsukura against Takuma Konishi. In total there are now 13 fights on the Rizin 19 card.

In the main event Kai Asakura faces Ulka Sasaki. The former is riding high after his stoppage win over bantamweight champion  Kyoji Horiguchi at Rizin 18.

As previously announced Rizin 19 will feature all four quarter finals of the the Lightweight Grand Prix. The event is set for the Edion Arena in Osaka and will be co-headlined by a catchweight bout between Jiri Prochazka and Fabio Maldonado. 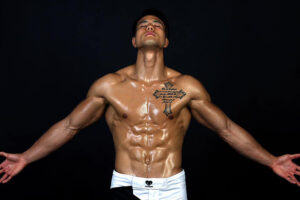