Mehdi Zatout is looking to win the ONE Championship bantamweight kickboxing title at the age of 37. The Algerian is facing a younger opponent this Friday but says that age doesn’t matter,

Zatout is taking an opponent nine years his junior at ONE: ‘Revolution’. He will be the underdog against Captain Petchyindee but says he is more motivated than his Thai opponent,

“The age doesn’t matter. It’s about what’s inside, what your mentality will be, and who will be strong. You will see my motivation is stronger than his.” 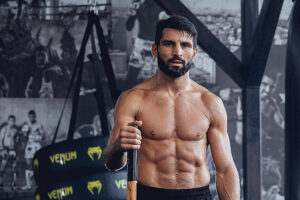 Fight of my life

But Zatout, who is also based in Thailand, does have respect for the champion. He also has a plan,

“He’s a good fighter with power, strong and he always goes forward ,but I have a plan to stop that!”

Zatout knows that this will be the ‘fight of his life’ but says he has put the work in during training to ensure he is ready,

“Believe me it’s the fight of my life. I have trained like a beast and don’t think about anything else but him day after day! I have cardio for more than five more rounds, I finish my fight camp with a new body and very strong stamina. Let’s see on the night!” 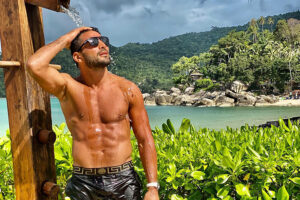 He highlights his opponent’s aggression and intelligence but believes he can be superior to Captain in both departments,

Some are writing off the Algerian believing that Captain’s experience will be too much. Zatout does not see it that way and feels he has many ways to win,

“He comes forward with kicks and punches like many fighters. I will show my speed, my boxing skill, my power, and my cardio on the day. I think we have a lot of chances to win.”