The next big mega show in Thailand is set for Prachinburi on November 7th and features some of the biggest names in the sport. Headlining the show is a match between Muangthai PKSaenchaigym and Neunglanlek Jitmuangnon.

Known as ‘The Elbow Zombie’ Muangthai is coming into the fight on the back of decision wins over Ferrari Jakyanmuaythai, on the last big roadshow in Buriram, and Japanese fighter Kenta Yamada at ONE: ‘Dreams of Gold’.

But it was Neunglanlek’s elbow that took the victory in the second round in their previous encounter, on the Paranchai Birthday show in Nakhon Sri Thammarat back in March.

Neunglanlek comes into the match on the back of two strong wins, with a dominant stoppage win over Gularpdam Sorjorpiakuthai on the Buriram mega card and a points win over the heavy hitting Yodlekpetch Or Achariya. 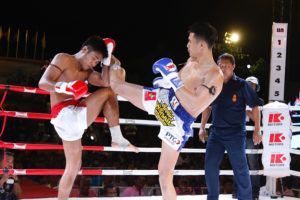 The pre-main event is another potential thriller as Yodlekpetch Or Achariya faces French sensation and two times Lumpinee Champion Rafi Bohic. Since his tournament win on Knockout 2019 Spring in April, the Thai has struggled to hit top form, losing back to back points decisions to Neunglanlek and Sangmanee Sathiangym.

Bohic comes into the match also on the back of a points loss to Sangmanee on the huge Buriram show, but was on a strong run of form going into that match. Yodlekpetch is known as a power puncher which should make this an entertaining bout.

Meanwhile Suakim Sitsortortaew and Superlek Kiatmoo9 face off in a match that would be hard to make in Bangkok due to stadium politics. Old rivals Gaonar PKSaenchaigym and Seksan Or Kwanmuang will face off again, the latter won their most recent bout. 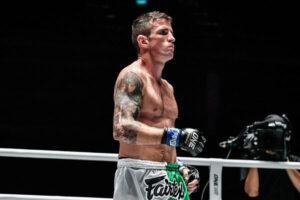