Sangmanee, Yodlekpetch, Runkgit, Panpayak on board for Bangkok mega card

It will be the biggest card to take place in Bangkok so far this year, albeit at a venue not normally associated with Muay Thai. In the main event Sangmanee Sathiangym faces off against Thananchai Rachanon in a fight made at 142lbs.

Sangmanee comes into the fight on the back of a dominant display at ONE: ‘A New Tomorrow’ in Bangkok, where he outscored tough Japanese warrior Kenta Yamada with vicious body kicks in a very one sided affair.

It should be a much tougher task for against Thananchai who is significantly taller and likely to be heavier on fight night. He comes into this fight on the the back of a decision loss to Yodpanomrung Jitmuangnon at Lumpinee.

The main part of the card will be broadcast live on Channel 5 from 8-10:30pm Thai time. Originally Seksan Or Kwanmuang was supposed to be facing Savvas Michael but after a real war in Jakarta on ONE: ‘Warriors Code’ the latter was ruled out.

Yodlekpetch Or Achariya was determined to try and find a win against Panpayak Jitmuangnon, after two losses against Rodtang Jitmuangnon and Nunglarnlek Jitmuangnon. A win over the three times ‘Fighter of the Year’ would be the perfect way to get his career back on track.

Panpayak hasn’t had the busiest of years, but comes into the fight on the back of a decision win over his namesake, Panpayak Sitchefboontaham, at Rajadamnern in November. Prior to that he defeated Masahide Kudo under kickboxing rules at ONE: ‘Immortal Triumph’ last September.

Another fighter looking to make a return to form is former ‘Fighter of the Year’ winner Petchuthong Or Kwanmuang, who faces Rungkit Bor Rungrot. The former scored a decision win over Panpayak Sitchefboontham back in December on the Rajadamnern birthday show.

However Petchutong’s recent form has been poor while Rungkit looked on fire in his last outing, where he comprehensively beat Seksan at the Rajadamnern birthday show. 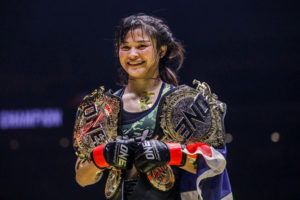