Tawanchai PKSaenchaigym is arguably the best Muay Thai fighter on the planet right now. He will finally make his long awaited ONE Championship debut this month.

Tawanchai faces Sean Clancy at ONE: â€˜Dangalâ€™ which is being broadcast on May 15th. He has reached the point where it is difficult to find competitive matchups in Thailand but is impressed by what he has seen of the Irish fighter,

“I never expect any fights to be easy and I wonâ€™t take any chances with him. He has a very big heart and good weapons, especially his punches and low kicks so I know I canâ€™t take any risks.”

However Tawanchai want to make a fast start to his ONE Championship career and plans to test his opponentâ€™s chin as early as possible,

â€œI think his weakness is in his chin and ability to take a very hard shot. I am going to throw everything with power, especially my left knees and kicks, I will throw everything hard and with speed.â€ 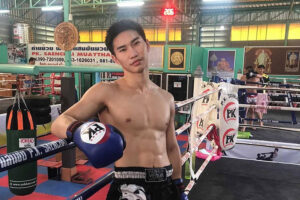 But he does admit he is struggling to make weight for this bantamweight fight and will be moving up a division afterwards regardless of the result,

“I am struggling a little to make this weight now, I am walking around about 74-75kgs so I think this will be the last time I fight as low as this as I donâ€™t want to lose too much power. I think 70kgs will be a better weight for me in the future, though I may be at a slight disadvantage at that weight against some of the top Thai fighters.”

Tawanchai is familiar with the ONE Championship roster and could compete in kickboxing. But he has a lot of respect for the fighters who have already enjoyed success overseas and is in no rush to face them,

“I am going to take it one fight at a time and build myself up slowly. Sittichai SitsongpeenongÂ and Superbon Banchamek are two fighters that I would love to fight in the future under Muay Thai or kickboxing rules, but I donâ€™t think I am at their level yet so I want to get more experience first. Giorgio Petrosyan is another fighter I would love to fight one day, but I definitely need more fights first as he is just so good.” There is one match Tawanchai is very interested in. He would like to move up to featherweight to challenge Petchmorrakot Wor Sangprapai for his Muay Thai title,

â€œI would love to fight Petchmorrakot for the ONE Muay Thai world title. I think I would have a good chance in that fight and feel I am ready.”

Tawanchai has been competing under amateur boxing rules, representing the Royal Thai Police force. He says Muay Thai remains his focus but he is exploring career options outside of competitive fighting,

“I am not too serious about the amateur boxing scene or trying for the Olympic team or anything like that, I love Muay Thai too much to switch over but being in the police is good for my future and for my family. My family also get good benefits from me being in the police such as free health care and it is something I want to do when I finish fighting,” he said. The 22 year old is coming off wins over Sangmanee Sor Tienpo and Nuenglanlek Jitmuangnon. He is still very much in his prime but Tawanchai already has plans for his post fighting career,

“I want to study and work my way up the ranks in the police and also hopefully have my own gym too. Not just a boxing gym, but with fitness and weights and a sauna and that kind of thing.”

The dream of most Muay Thai fighters in Thailand is to become a ‘Muay Ngern Sen’, a fighter with a six figure purse in Thai baht. Tawanchai has already reached that level but hopes fighting for ONE Championship will help him add another zero to that figure,

“I am not really interested in fighting in Thailand now. I have won most of the titles and awards and I know I should have won the Sports Writers ‘fighter of the year’ award so I want to focus my career overseas, I want to become a ‘Muay Ngern Lan’, a one million baht purse fighter like Rodtang (Jitmungnon) and some of the other Thai fighters that fight overseas.” 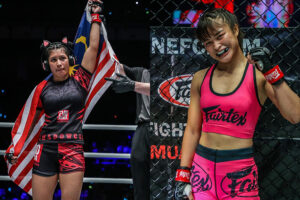 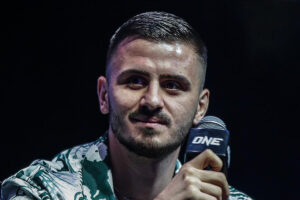